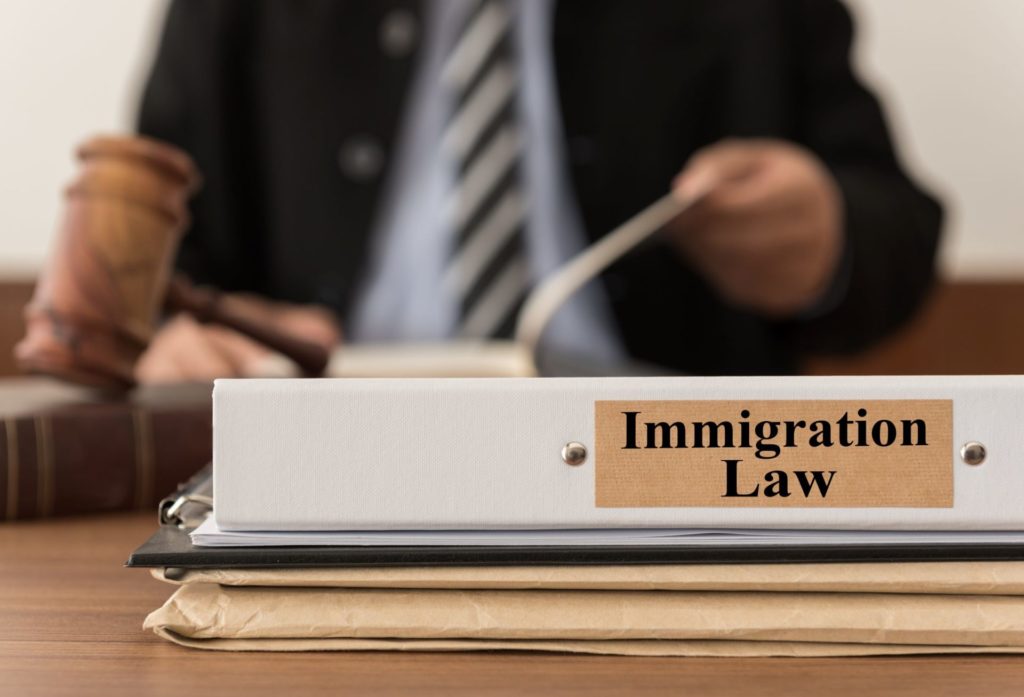 Learning that a loved one has been detained by the United States Immigration and Customs Enforcement Agency (ICE) is often a trying time for everyone involved. Despite this, it is crucial to remain calm and understand that even those who are undocumented in America are entitled to Fifth Amendment rights under the United States Constitution. This means that there are specific laws in place for everyone involved in the process, including customs enforcement agents and police officers. Fortunately, many undocumented immigrants are eligible for immigration bonds that will allow them to return home with their families while their immigration case is processed through the court system. US Immigration Bonds will help you understand how does an Immigration Bond work.

In many cases, non-citizens are not directly arrested by ICE. Local law enforcement, including state or local police officers, may discover an undocumented status as the result of a standard traffic stop or during an arrest for criminal conduct. Likewise, U.S. Customs and Border Patrol Agents can initiate removal from the country in border zones (areas that lie within 100 miles of the U.S. borders). It is important to note that not all local enforcement agencies are in compliance with ICE, as there are numerous sanctuary cities across the country. This means that being arrested by local law enforcement does not always guarantee that a non-citizen will be taken into custody by ICE. If local law enforcement does cooperate with ICE, they are only able to detain an undocumented immigrant on behalf of ICE for a period of 48 hours. After this time has lapsed, if ICE has not taken custody of the individual, they will be released without the need for an immigration bond; providing that there are no other charges being pursued.

When ICE does take custody or makes an initial arrest, they will first determine whether the undocumented person should be detained. In some scenarios, for instance, if the non-citizen is a parent to young children and has no criminal history, the agency may opt to forgo detainment. Instead, they will rely on monitoring and regular check-ins at the office. When detainment is deemed necessary; however, the individual will be placed in a detention center or a contracted prison.

Being separated from family and loved ones can make this stressful time even more difficult, especially since detainees can be relocated and held anywhere within the country. To alleviate this added burden, ICE and immigration judges often allow detainees to be released on immigration bonds. There are two types of these bonds; a delivery bond and a voluntary departure bond.

A delivery bond allows for the detainee to be temporarily released from the detention center or prison while they await the results of their legal proceedings. This allows them to be with their families within the United States and consult legal counsel, instead of remaining detained for several months (or even years) while their case makes its way through the legal system.

A voluntary departure bond is often available for those who are willing to leave the United States without further pursuing their case in an attempt to remain in the United States. The bond allows the detainee to be released from detainment with the understanding that they must leave the United States within a specific time frame (typically between 60 to 120 days). After being released from detainment, they are given this time to get their affairs here in the U.S. in order before they exit the country, as well as to make plans for housing or employment in the country that they will return to. They are required to pay for their own costs to leave and will not have an order of removal on their record. This means that re-entry into the United States in the future will be more favorable than if they were forcibly removed. Penalties for not exiting after this type of bond are severe and result in forfeiting the bond amount, civil fines, a 10-year admission ban or even the issuance of an automatic removal order.

Eligibility and Costs of Immigration Bonds

While many non-citizens in detainment are eligible for release through either type of immigration bond, it is important to note that there are several scenarios in which non-citizens are required to be held in mandatory detention. For instance, if the detainee is viewed as a threat to national security, has a criminal history or is otherwise viewed as high-risk.

In some of these situations, a detainee who is deemed ineligible by ICE for an immigration bond may request a hearing before an immigration judge for reconsideration. The outcome will vary on a case by case basis.

For those who are granted eligibility for an immigration bond upon initial detainment by ICE, the amount of the bond will first be set by the Immigration and Customs Enforcement (ICE) District Director. Several factors will determine the final price of the bond, but the minimum delivery bond is $1500 and the minimum voluntary departure bond is $500. If the initial amount is too high, a request can be made by the detainee to have their bond amount revised by the immigration judge at their first proceeding, known as a Master Calendar Hearing, or through a Motion for Bond Re-determination. The judge will then reconsider and revise the amount of the bond as they deem appropriate. This amount cannot be changed afterward; however, unless there is a change of circumstances that is relevant to an immigration bond decrease.

How to Pay an Immigration Bond

Once the figure for the bond is finalized, it can be paid by anyone who is a citizen or a legal permanent resident of the United States. This can be a friend, family member or even an employer. So, how does an immigration bond work from here? Immigration bonds can be paid by scheduling an appointment at a local ICE office. If the office is not local to the person posting the immigration bond, they should contact the ICE facility to make other arrangements. When paying the bond, a cashier’s check or money order must be used. Personal checks, cash or credit cards are not accepted at these facilities. The person paying the bond (commonly referred to as the immigration bond sponsor) must also present their original social security card, along with a valid photo ID when making the immigration bond payment. Typically, this process takes around an hour to complete.

Unfortunately, many times a detainment by ICE occurs at unexpected times when cash flow may be limited and the detainees themselves do not have access to their own funds. In these instances, there is still hope for getting a loved one released. Through US Immigration Bonds,  families and loved ones of those in detainment can secure a surety bond. With this option, typically a small percentage (around 10%) of the total bond amount is required for release. The amount paid for this service is not refundable.

What Happens After an Immigration Bond is Paid?

The immigration bond works by offering the specified sum of money as collateral to assure that non-citizens will cooperate with the ICE agency’s legal process. After the bond amount is received by ICE, the detainee is released immediately from the detention center or prison. Loved ones are able to pick them up afterward if they are local or they will be released on their own if they are being housed further away from friends and family. If all of the instructions set forth by the bond are followed throughout the legal proceedings against the non-citizen, the money will eventually be returned to the person who paid it. Likewise, if hearings are missed or the non-citizen is otherwise uncooperative, the money will be forfeited. In this case, the non-citizen may be detained again or ordered to be removed from the United States. Those who are considering an immigration bond to release their loved one from detainment should also be aware that the bond only temporarily releases the individual from detainment. It does not alter the outcome of any legal proceedings and does not guarantee that the non-citizen will be able to remain within the United States after their case is processed. Those who are released through an immigration bond are strongly encouraged to seek legal counsel to aid with their case.