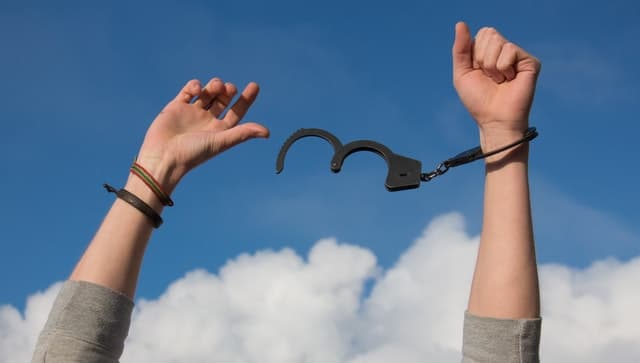 When a person in the United States is arrested for criminal charges, they are typically taken into custody by a local law enforcement agent (LEA). Shortly after the arrest, they will have a bail hearing to determine if they are eligible for temporary release while their case pends in the court system. The process is similar for those arrested on immigration charges by the Immigration and Customs Enforcement (ICE) agency and oftentimes their only hope for release is through immigration bail or bond. The terms are often used interchangeably, but are bond and bail the same thing?

Those who have limited experience with the criminal justice or immigration system generally use the terms bail and bond as if they are one and the same. While this will suffice, the two actually have different meanings:

Bail refers to the amount of money that the arrested individual must pay in order to secure their release from prison or an ICE detainment center. For criminal charges, this amount could be anywhere from $500 to $100,000 or more, depending on the specific charges. When it comes to immigration, bail is generally set at a minimum of $1,500 and can exceed $10,000. The price of bail in both scenarios will be influenced by the arrested person’s criminal history, their specific charges, and whether or not the agency views them as a flight risk. After the price of bail is determined, this amount must be paid in full before the individual is released. When paid directly to the prison or ICE by loved ones or friends, this is simply known as posting bail. If the arrested individual abides by the terms of their bail, they will be able to remain at home until the conclusion of their case. In this case, the amount of money paid for bail would also be refundable regardless of the final outcome.

A bond, on the other hand, usually refers to a scenario where loved ones are unable to come up with the full amount of the bail in cash. This is fairly common when the price of bail falls on the higher end of the scale. Despite not having the money to release the arrested person from prison or an ICE facility, loved ones still want to ensure their release, and to make this happen they turn to a bail bond service or agent. Instead of paying the bail, loved one’s purchase what is known as a “surety bond”. The cost of this bond is based on a small percentage of the total bail amount and is usually backed by a form of collateral. From there, the bail bond service will make arrangements to have the arrested individual released. While collateral will only be collected if the arrested individual fails to comply with the terms of their bond, the money paid for the surety bond is non-refundable.

If your loved one is detained by ICE and you have questions about the process, like “are bail and bond the same thing?”, reach out to the experts at US Immigration Bonds today to discuss the details of your case.

Posted in Immigration Bonds
← How Long Can Someone Wait in Jail Before They Set a Court DateWho Gets the Bail Money? →