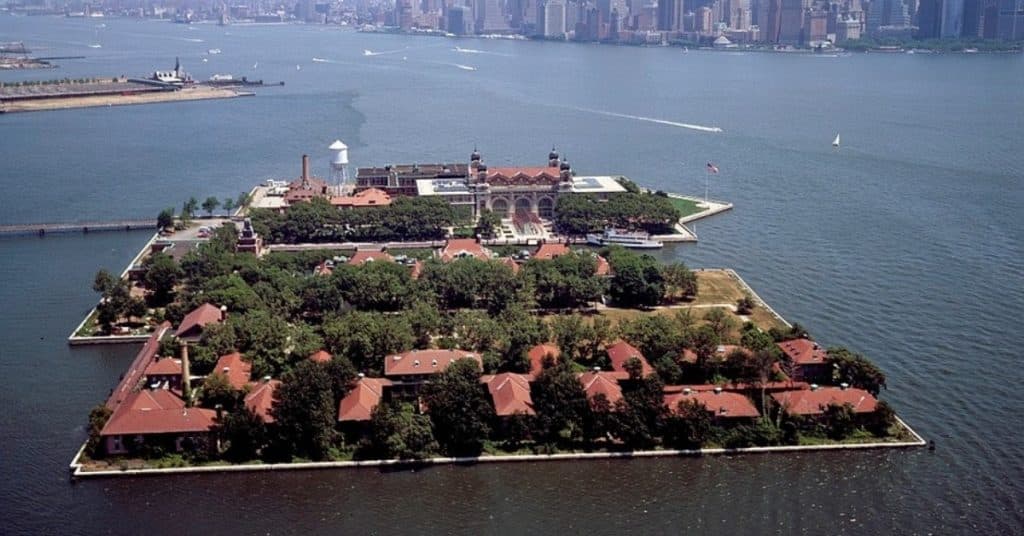 As immigration bond specialists and a company providing bond insurance services, we work within the immigration law system and understand the challenges immigrants face today.

Although we at US Immigration Bonds & Insurance Services deal with the current immigration laws in the United States, we like to look back to Ellis Island, a historic landmark of U.S. immigration from our country’s past.

Facts about Immigration and Ellis Island

1 – Ellis Island is a small island outside of New York City that is well-known for once processing immigrants in pursuit of the American dream. What was once the temporary home to immigrants of all different nationalities is now a museum that educates people on the history of the island.

2 – According to the Liberty Ellis Foundation, 12 million immigrants from all over the world came through Ellis Island and about half of the current U.S. population are descendants of these immigrants1.

3 – Like the current immigration medical exams for those seeking to become permanent residents of America, all of the immigrants passing through Ellis Island were required to pass a physical and sometimes mental exam before being admitted to the country.

4 – According to The History Channel, in the 1920s the island began to become a detention and deportation center for immigrants who were denied access to the country rather than a processing center for new immigrants. This switch began after a serious of immigration laws by the national government were passed that set quotas for the number of immigrants allowed into the country and world events led people to fear immigrants2.